Ghanaians Will Ask Questions On His Own Words, We Can’t Answer

Ghanaians Will Ask Questions On His Own Words, We Can’t Answer

Dr Bawumia addressing Mahama is a risk to NPP, Ghanaians will ask questions on his own words we can't answer - Lead Member, (NPP-USA)

A senior New Patriotic Party (NPP) official and member of the communications team in the United States of America (USA), Mr. Owusu Afriyie, has warned the NPP to be very careful who they choose to lead the party in 2024. 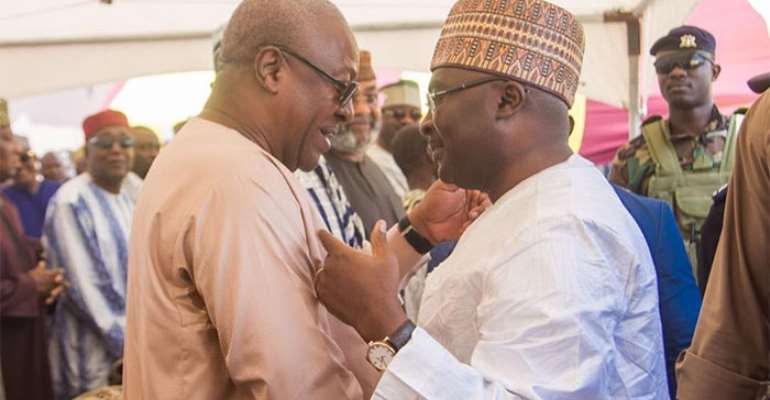 According to him, several names are trending on social media platforms and are interested in the race for party flag bearers. He said all the names displayed are people who are potential and qualified to lead the party before 2024, but should be particularly careful with some of these candidates.

He advised the nuclear power plants to prove they had the men and not risk confronting the vice president with former president John Mahama. He explained that the voice of business people is heard faster and louder than government development work.

“Ghanaians are talking about the hardships, all the market women are saying the economy in Bawumia is worse than before, do we prefer Bawumia to win on our ticket and lose the general election? We must not forget that the voice of the people is the voice of the Lord, think first of NPP.

“If Bawumia is waiting for Alan to lead the party in 2024, Ghanaians will call him to come at the right time after Alan’s industrial establishment, but at the moment there are so many question marks over him, I think. We always will.” get the men who have the majority of Ghanaians to trust him, come forward, and save our party from the opposition. I would rather be a slave in the government of my own party, he added.”