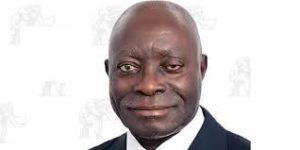 Barely 24 hours ago, Gideon Boako who is the spokesperson for H.E Dr Mahamadu Bawumia spewed very insulting lies about Hon Alan Kyerematen in a manner that one would expect the NDC to rather treat Mr Kyerematen, a leading member of the the new patriotic party (NPP).

It is rather disappointing and surprising that the Vice President has been loudly silent on such a disrespectful guff by his aide and spokesperson. I guess at this point, we may not be able to fault the good people who keep asking whether Gideon Boako spoke for and on behalf of Dr Bawumia. It is right to suspect that Dr Bawumia might have sanctioned or given his support to his aide’s distasteful lies and insults against Alan Kyerematen.

I think in the interest of party unity, harmony and decorous campaign, also for purposes of showing maturity and leadership, H.E Dr Bawumia must openly distance himself from such comments and call Gideon Boako to order.

We wait to see show of leadership and discipline on the part of the Vice President of the Republic.